We are heartened by the global progress made with efforts to prevent and treat malaria, and by the commitment made by world leaders and governments to fund those efforts so that we may see a world without malaria within our lifetimes.

According to the 2019 World Malaria Report, released by the World Health Organisation (WHO), “at least 10 countries that are part of the WHO “E-2020” initiative are on track to reach the 2020 elimination milestone Global technical strategy for malaria 2016-2030.”1 In 2015, the countries involved were malaria endemic; the report states they have either achieved zero malaria or are close to this achievement.

With so much recent news of victories in the fight against malaria, it would be easy for nations across the world to let their guard down. Millions of cases of malaria deaths have been averted by the global effort to eradicate the deadly disease, but we must keep up the pressure and urgency: even one death, from a preventable and treatable disease, is too many.

While diagnostics, preventative tools and treatments have come on in leaps and bounds, there are still factors holding back progress to eradicate malaria.

Children in Africa continue to be the most affected by malaria, with children under five accounting for more than two thirds of malaria deaths. According to country surveys conducted in sub-Saharan Africa, “36% of febrile children in the region were not taken for care with a trained medical provider”1; fever is a common symptom of malaria infection. Access to and affordable healthcare in Africa must be prioritised. 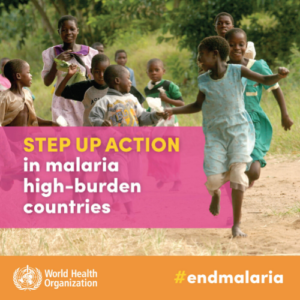 We would like to express our gratitude to the WHO and its stakeholders for their effort in compiling this report. Accurate data is becoming ever more critical in the fight against malaria and this report was much needed.

ERADA is committed to developing its non-invasive diagnostic tool SALVA! to help ease the malaria burden and save lives. We will continue to focus all our efforts on our mission to end malaria, once and for all.

A View From The Field #1

We are proud to be an Africa Challenge Finalist